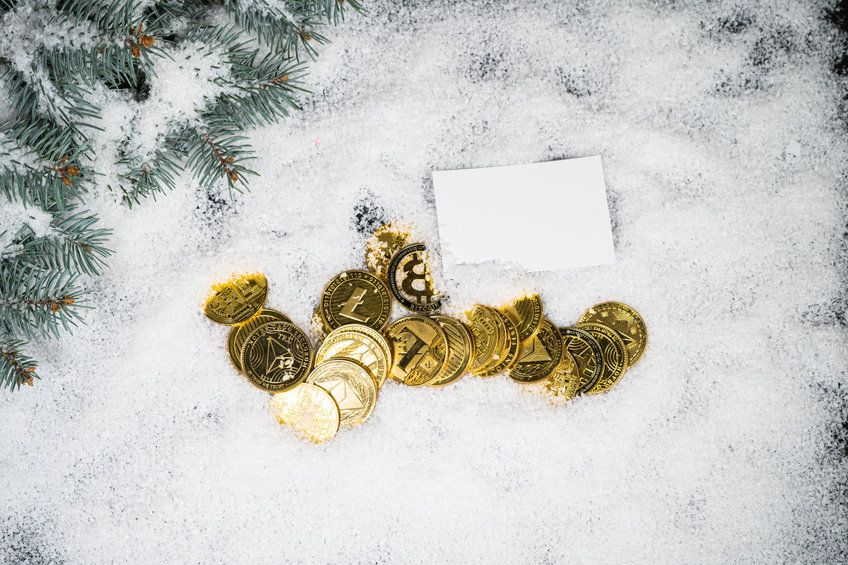 The year is just starting, but cryptocurrencies are moving boundaries and reaching new all-time highs. If you are a crypto enthusiast looking to put your money in some coins with potential, see this list of coins to buy this month in no particular order.

Solana is an open-source computing network developed by Anatoly Yakovenko in 2017. It was developed to increase the speed of transactions while ensuring decentralisation. The Solana network boasts of validating over 50,000 transactions per second for less than a penny per transaction. It runs on the proof-of-stake consensus algorithm. It is similar to the Ethereum blockchain, which has earned it the nickname “Ethereum killer.” Solana supports smart contracts and can be used for investing apps, DeFi, games, DEXs, social media, dApps, etc. Compared to the Ethereum blockchain, it has performed more transactions per second at a low transaction fee. SOL is the native coin of the blockchain. It is used for paying transaction fees, staking, and as a governance token. 311.8 million SOL of the 508.2 million is currently in circulation. SOL is currently ranked 5th, and one SOL costs $150.52 today. In November, it cost $259.96.

Cardano is a third-generation protocol created by Jeremy Wood and Charles Hoskinson in 2017. It uses the Ouroboros- a proof-of-stake algorithm as its consensus algorithm. its goal is to be secure, scalable, flexible, and eco-friendly. The blockchain allows the creation of native tokens that mirrors its native cryptocurrency (ADA). The blockchain runs on two different layers- the settlement layer, which oversees assets transfer and notes transactions, and the computation layer, which executes the smart contracts for decentralised applications. ADA is the native coin for fueling the platform. It can be used to settle transaction fees and as a governance token. Also, it can be staked for rewards. today, its price is $1.25, having dropped by 59.4% from an ATH of $3.09 in September. ADA is ranked 7th with a market cap of $402.b. It has a total supply of 45 billion, with 32.1 billion currently in circulation.

The Fantom ecosystem is a blockchain for decentralised applications and digital assets launched in 2019. Michael Kong developed it. It is modular, efficient, scalable, secure, open, and eco-friendly. It supports smart contracts. The blockchain runs on Lachesis, an Asynchronous Byzantine Fault Tolerant (aBFT) Proof-of-Stake (PoS) consensus algorithm. The creation of dApps is possible because of Fantom Virtual Machine. FTM fuels the ecosystem. FTM is both an ERC-20 token and a BEP-2 token. It is used for rewarding validators and as a governance token. FTM is trading at $3.00 right now. It peaked at $3.46 in October. FTM has a total supply of 3.2 billion, and 2.5 billion is in circulation.

Cosmos is a blockchain for other blockchains created to serve as the internet of blockchains. It has an Inter-blockchain Communication protocol (IBC) and a software developer kit that allows easy creation of dApps and interconnection between independent blockchains (zones). Cosmos operates on Tendermint Proof-of-Stake Byzantine Fault Tolerance (BFT). It was launched in 2019 by the Interchain Foundation. ATOM is the native coin used to promote interoperability on the network. It can be staked, held, exchanged, and traded. today, its price is $39, with 226 billion atoms currently in circulation. It peaked at $44.42 in September.

Like Spotify and SoundCloud, Audius is a music streaming platform built on blockchain. It supports music sharing, streaming and has social media features. The platform is run by node operators, artists, and fans. Audius runs on a proof-of-stake algorithm. It was founded in 2018 on the POA Network but is now on the Solana blockchain. Although it is not the first streaming platform on the blockchain, it is backed by Jason Derulo, Katy Perry, Nas, The Chainsmokers, and Pusha T. its native cryptocurrency is AUDIO, an ERC-20 token. 500 million AUDIO of the 1.1 billion is in circulation right now. today, its price is $1.43 but reached an all-time high of $4.95 in March 2021.

Chainlink is a network of nodes that provides data and information from off-blockchain sources available to smart contracts through an oracle. It provides blockchains and the dApps on them with relevant data. It was launched in 2017 as the first protocol moving data and information from off-chain sources to existing smart contracts. The network’s operation is divided into oracle selection, data reporting, and result aggregation. LINK is the native coin of the network. Node operators are rewarded with LINK for their activities on the network. It can be traded, staked, and exchanged. LINK is trading at $24.98 now. It cost $52.70 in May 2021. There is currently 467 million LINK in circulation.

Polygon was developed in India initially as the Matic Network but was rebranded in February 2021 as Polygon. It was created as a layer-2 scaling protocol for the Ethereum network. It was created to increase the size, speed, security, interoperability, and use of the blockchain. It operates on a proof-of-stake algorithm. It supports the Ethereum Virtual Machine contract.

Further developments on the network are expected to include Polygon Plasma, zk-Rollups, Optimistic Rollups, and Validium Chain. MATIC is the native token used for powering the Polygon network. Payment of transaction fees and staking can be made with MATIC. Also, it can function as a governance token for voting upgrades and policies on the platform. A MATIC token costs $2.29 today.

Terra is a blockchain that supports the creation of stablecoins linked to physical currencies or assets. These stablecoins can be traded and exchanged on the ecosystem or exchange platforms. It was created in 2018 by Terraform Labs using Cosmos SDK. It works on Tendermint Delegated-Proof-of-Stake (DPoS) consensus algorithm. It is a fintech solution for payments. The ecosystem consists of CHAI for making frictionless payments and Terra Bridge to aid interoperability between blockchains. The Mirror Protocol allows creating synthetic assets (mAssets) and Anchor Protocol that provides users with access to stable interest rates. TerraUST, TerraGBY, TerraEUR, TerraJBY, TerraKRW, TerraCNY, and TerraSDR are some of the stablecoins that have been created using Terra. LUNA is its native token for maintaining the stability of These stablecoins. The total supply of LUNA is less than a billion. LUNA is used as payment for transaction fees, volatility absorber, staking, and governance tokens. LUNA costs $80.94 as of today and is ranked 9th.

Polkadot is a blockchain of blockchains created in 2016 and launched in May 2020 by Robert Habermeier, Peter Czaban, and Gavin Wood. It aims to solve the blockchain trilemma- security, scalability, and decentralisation. The blockchain has two modules- relay chain (the main network that processes transactions) and parachain (the users’ blockchain that taps resources from the main network). The blockchain would also feature bridges that allow interoperability with other major blockchains. It operates on a Nominated-Proof-of-Stake (NPoS) consensus mechanism. DOT is its native cryptocurrency and can be traded, staked, and used as a governance token. The price of DOT is $26.28 right now, with a total supply of 1.2 billion. It reached an all-time high of $54.98 in November 2021.

Decentraland is the first 3D decentralised world to be controlled entirely by its users. its development was started in 2017 by the Decentraland Foundation, established by Esteban Ordano and Ariel Meilich. It became public in January 2020. It is a metaverse created on the Ethereum blockchain. It has two native tokens- LAND (an NFT protocol for registering acquired properties (land)) and MANA (a cryptocurrency for trading assets and other services in the world). The platform supports payments, P2P interaction, and interactive applications. MANA is important in running the operations of the metaverse. It is used to settle transactions and vote on policy updates, LAND auctions, and upgrades on the platform with their MANA. It is currently trading at $2.97. There is a total supply of 2.2 billion, with 1.3 billion currently in circulation and a market cap of $3.9 trillion.

Gucci x SuperRare Partnership: What You Should Know

Gucci x SuperRare Partnership: What You Should Know

“Buy The Dip” Sentiment Fails To Save Crypto Market, New Data Reveals Why