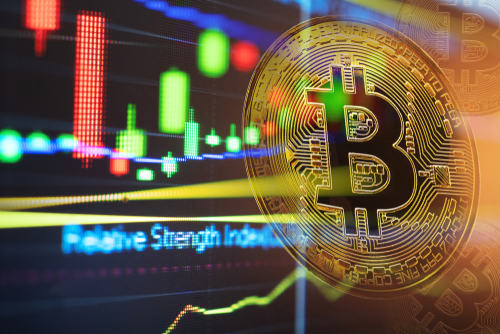 Galaxy Digital CEO Mike Novogratz remains bullish on Bitcoin, saying he’s not worried about the flagship cryptocurrency or the overall market’s immediate outlook given the amount of investment getting into the space.

The billionaire investor points out that the year is wrapping up and many investors are selling things, including crypto, which has really come off heavy from recent highs. He also notes that Digital assets are currently trading a bit heavy, but that doesn’t bother him that much.

“It doesn’t worry me in the medium term because everywhere I go I see people getting ready to invest in the space,” Novogratz told Bloomberg TV.

According to the Galaxy Digital boss, the broader equity market is likely to continue being “messy” as the year draws to a close, probably extending to the first quarter of 2022. As for crypto, he sees a scenario where prices go “sideways to down” as people sell to pay taxes or buy real estate.

Asked what he thought the floor would be for Bitcoin price, or what he would say is an entry point, Novogratz pointed to $42,000. According to him, this level or low 40s present a “pretty important level” that should hold, in case prices slip from current levels.

He notes that 2021 started with Bitcoin trading in the $30k region and the year has seen a lot of change in people’s mindset in the space. An example is his recent travel in the Middle East, where he says there two of the region’s “biggest pools of capital” have plans to get into Bitcoin mining.

Novogratz says over $30 billion in venture and that there’s so much money getting into crypto that it would make no sense to say prices are going to dip much lower than where the year started.

He also spoke about the massive year this was for NFTs, noting that the sector could still see a lot of interest in the future.

Another development he sees doing well in 2022 is the decentralised finance (DeFi) space and Web 3.0. For DeFi, he notes there’s an unbelievable amount of money locked into various projects, while for Web 3.0, it’s the “next iteration of Internet” many investors would not want to miss out on.

June 28, 2022
Dogecoin Has Formed A Bullish Reversal Pattern, What’s Next?

Dogecoin Has Formed A Bullish Reversal Pattern, What’s Next?

June 28, 2022
Dogecoin Has Formed A Bullish Reversal Pattern, What’s Next?

Dogecoin Has Formed A Bullish Reversal Pattern, What’s Next?