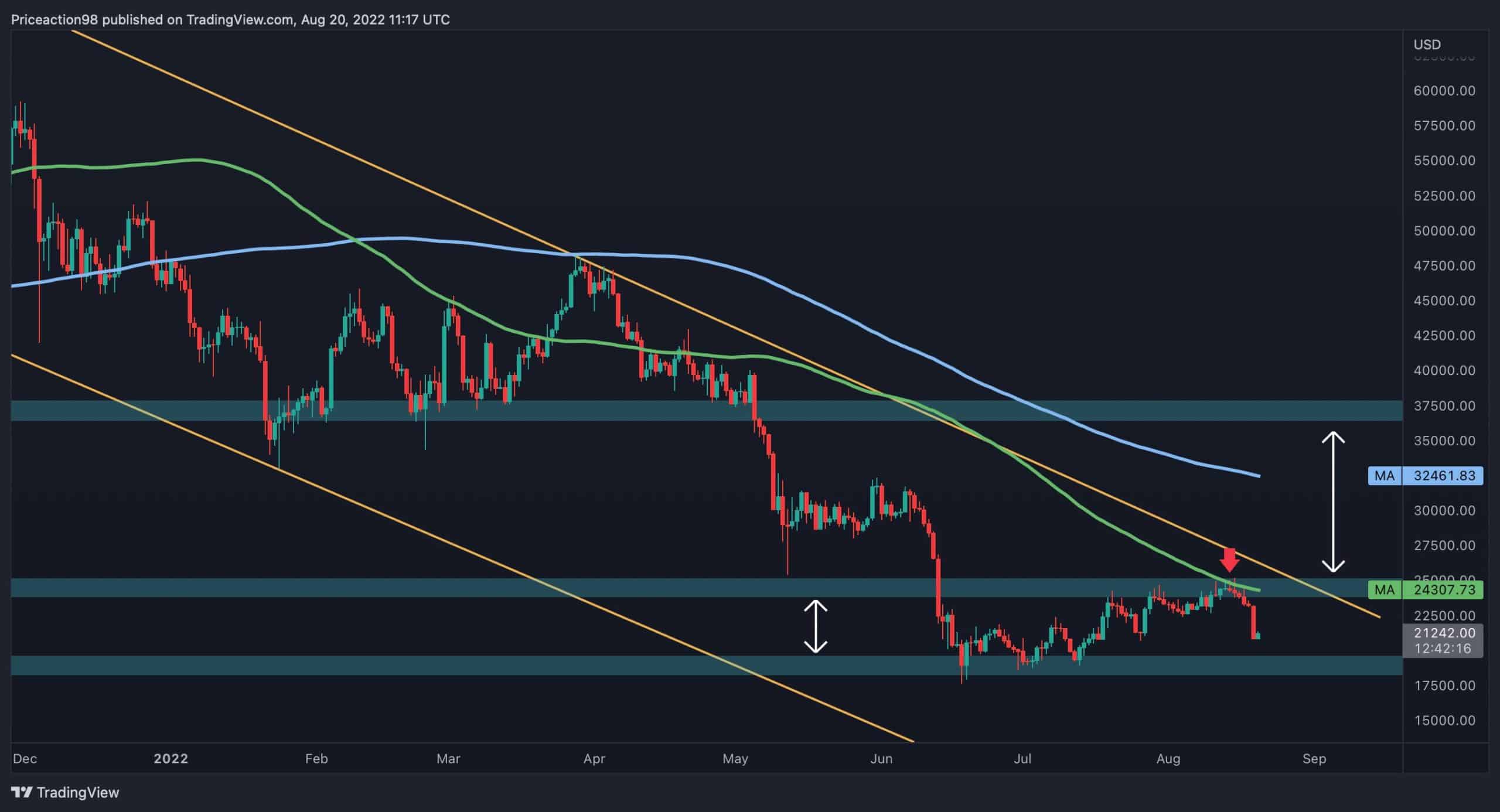 Bitcoin had seen a short-term uptrend, which acted as a correction to the longer term’s downside action, which lasted for the past months. However, this rally might have come to its end.

The 100-day moving average (roughly at $24K) has acted as a strong resistance zone and rejected the price action. The outcome was a massive breakdown from BTC’s prng low.